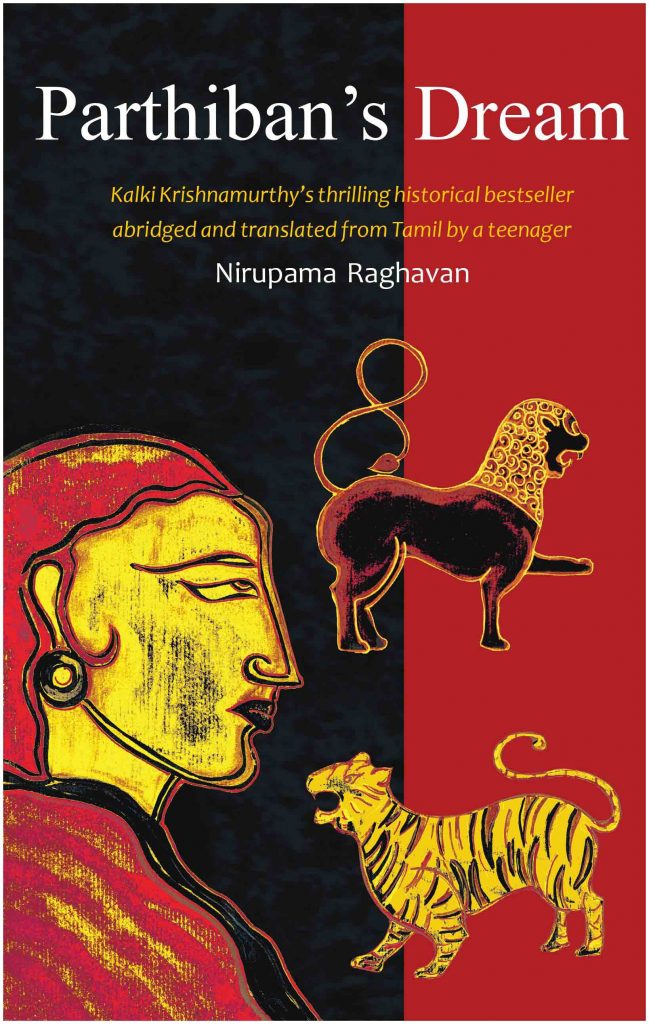 The Chola ruler King Parthiban has a dream . . . he wants to make his empire the most powerful in the region. However, before he can do this, he is killed in battle. His son, Prince Vikraman, is a child at the time, but he carries his father’s dream in his heart. He grows up in the shadow of the burgeoning power of the mighty Pallava ruler, Chakravarti Narasimha Varman, also known as Mamalla Pallavan, after whom Mamallapuram is named. How will Vikraman fulfil his father’s wishes?

Suddenly, a mysterious Shivanadiyar, follower of Lord Shiva, begins to enter his life at the most opportune and unexpected moments to help him out of trouble. Who is this man? Why does he help Vikraman? Does Vikraman finally succeed in his quest? And what’s so special about this story that made a 15 year-old sit down and translate it at one shot? Nirupama Raghavan’s joyous translation and considered abridgment of Parthiban Kanavu carries forward twists and turns of the story with magic and lightness.